How to Choose A Twin Screw Extruder

The Similarities And Differences Between Parallel And Conical Twin Screw Extruders

Due to the small size of the center distance between the two screws, in the transmission gearbox, the space for the radial bearings and thrust bearings supporting the two output shafts and the related transmission gears is very limited. Although the Chuangbo designers tried their best, they couldn't solve the reality of bearing load capacity, gear module, small diameter, and small diameter of the tails of the two screws, resulting in poor torsion resistance.

The parallel twin-screw extruder has a conveying mechanism that forces the plastic forward, has good mixing plasticization capacity and devolatilization capacity, and has basically the same adaptability to the material and plastic product molding process. 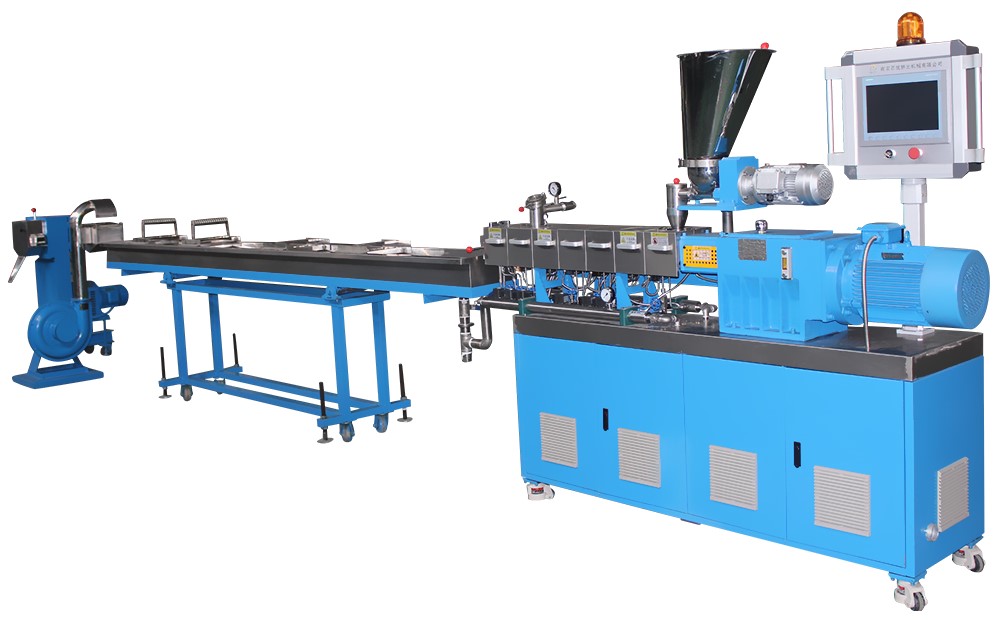 The two conical screws are arranged horizontally, and the two axes are installed into the barrel at an included angle. The center distance of the two axes gradually increases from the small end to the large end, so that the two output shafts of the transmission gearbox have a larger center distance.

The gears and gear shafts in these transmission systems, as well as the radial bearings and thrust bearings supporting these gear shafts, leave a large installation space, which can be equipped with larger specifications of radial bearings and thrust bearings. Each driveshaft has a shaft diameter sufficient to meet the transmission torque, so large working torque and large load-bearing capacity are a major feature of the conical twin-screw extruder. This parallel twin-screw extruder is incomparable. 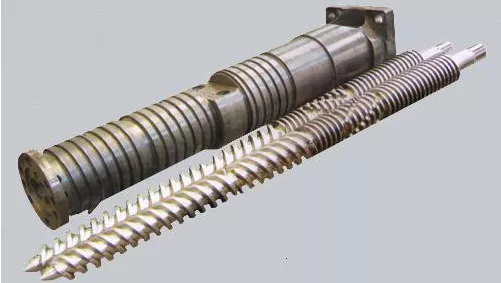 From the above, we can clearly see that the most significant difference between parallel and conical twin-screw extruders is the geometrical shape of the screw and barrel, which leads to many differences in structure and performance. Although the characteristics of the two are different, they have their own advantages.

When the twin-screw extruder is working, the melt will generate very large pressure (head pressure) at the screw head. The pressure is usually around 14MPA, and sometimes even as high as 30MPA. This pressure forms a strong axial thrust on the screw, and resisting the thrust is the function of the anti-return bearing.

The conical twin-screw extruder has an included angle due to the arrangement of the two screws, so the two output shafts of the transmission gearbox have a larger center distance. The gear box is equipped with two large thrust self-aligning ball bearings staggered back and forth, which is sufficient to prevent the axial force formed by the head pressure. It is characterized by large carrying capacity, the low manufacturing cost of the gearbox, and convenient maintenance.

For example, the intermeshing co-rotating twin-screw extruder is a combined screw due to its high speed and high shear rate. It is widely used in the modification of polymers that are not easily decomposed by heat-compounding, filling, fiber reinforcement and reactive extrusion of materials.